From the Producer's Desk: Welcome to my World! 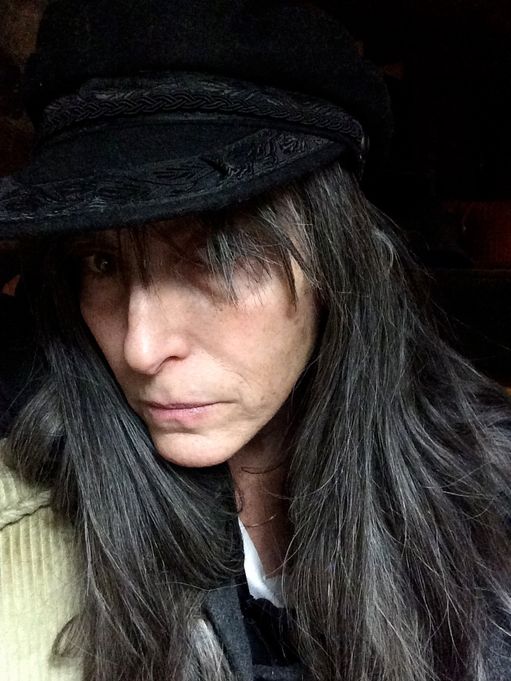 Yes, lately I've been wearing out my producer's hat. With so many

amazing artists and interesting projects, there's not enough time in

the day. Eventually it comes: the need for balance. The time to regroup,

breathe & leave space. To waste time and not just fill it. This is the way

back to my own most personal work.

Boston recently, to spend the weekend laying down tracks for my next

solo CD, an almost forgotten, left by the wayside affair, put off on the

side of the road due to my scrambling efforts to recover from a divorce,

my core focus. Why does it have to be so hard sometimes? 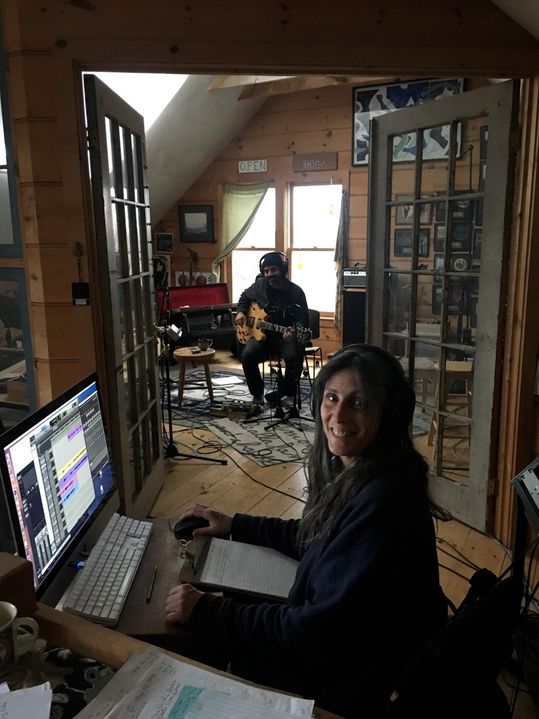 Who would divorce me, right? I look pretty nice. Just to make things

more exciting, I lost my voice. Oh, I know. I've been saying that about

my singing voice for a while, and you thought I was just being coy.

Actually, I have a degenerative neurological condition called S.D., or

Spasmodic Dysphonia. It was getting so bad last fall, I began to totally

freak out. I was fortunate enough to run across one of the premier

speech therapists who help people deal with this, on Youtube. On the

spot, I contacted her and scheduled a session with her. It was either

get help, or crawl into a hole and die.

So I dropped everything I was doing, and took three weeks to drive to

Atlanta, GA. I was able to finally get solid support and understanding for

this unbelievably difficult vocal issue, caused by deep-seated and long

standing emotional trauma, and made worse at every turn by fear &

the isolating effects of being unable to speak.

That is the mysterious crossroads where I find myself, sorely tested,

thankful to have work , coming to terms with my new voice, curious to

experiment with it. I accept that I'll likely never sing or speak

again in silken tones. But my voice reflects one person's journey

beyond the spotlight or the stage! Pray your wings take you to the

realm of the truth tellers, where you can tell an honest story.

I have many friends who keep showing up to help me do just that.

One in particular is songwriter & guitarist Val McCallum. 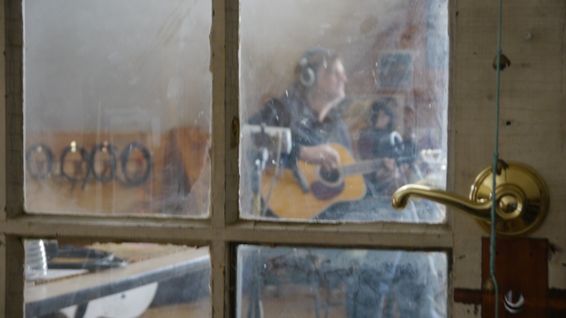 He lives in L.A. but spent a bunch of his childhood years in West Windsor,

Vermont, also known as Brownsville. I can say from first hand experience,

Brownsville has some magic, and a singular mountain in the middle of it.

on Mt. Ascutney who introduced me to Val. What a great collaborator

many of his production ideas. Our time in the studio together and