RIVER OF LIGHT: The Final Push 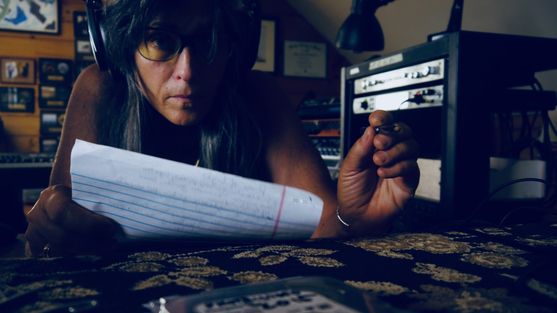 With all the things going on in my life this year, it was hard to imagine

how I'd ever find the time to finish my 7th solo album, "River of Light".

Here are the wonderful, amazing folks who made it happen. They not

only played & sang, but co-created arrangements with me on the fly,

as we worked together in the studio and also long distance. 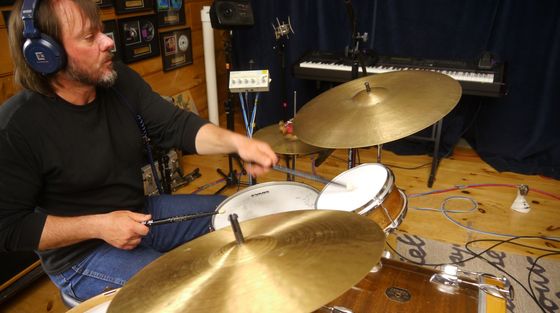 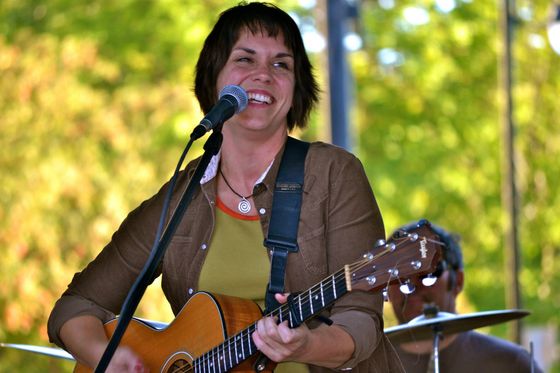 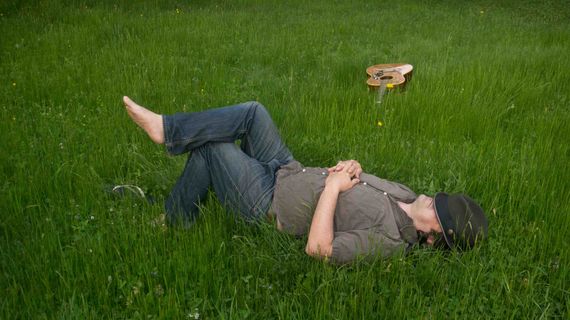 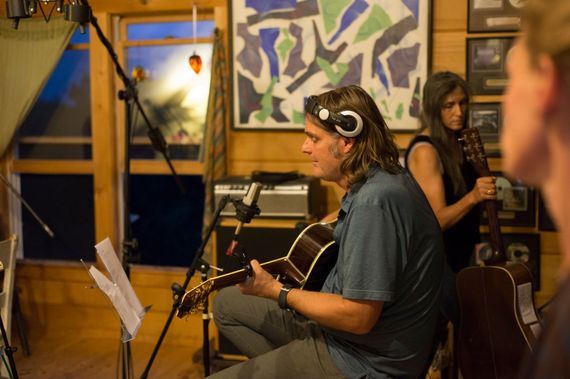 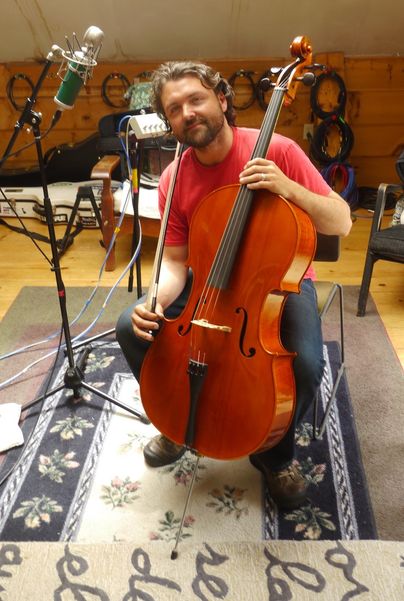 So what's happening now? After several false starts, the "River of Light"

mixes have made their way to Avatar Studios in NYC, and are in good

hands with mastering engineer Fred Kevorkian. As of this writing, they

are scheduled to be done. This final stage of adding professional ears

and polish to my musical productions is both terrifying and a big relief.

He hears my mistakes as well as the good stuff. And he tells me. For

some reason, this album threw a lot of technical curve balls,

right at the end. I went through weeks of corrections, mostly small, but

in one case a total restructuring of a song was necessary. That's why I

try to work with the best people I can find. Getting things to this level is

not for the faint of heart. 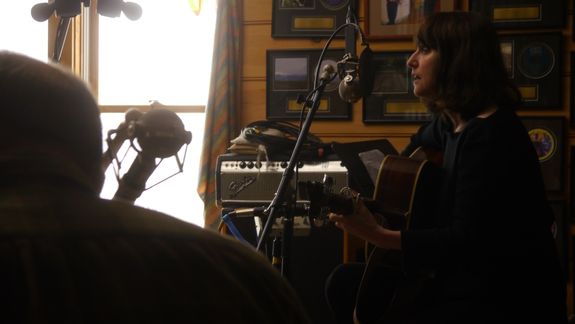 As part of my ongoing album project with Carol Hausner, I had the pleasure

[dobro]. What a fantastic sound, between the harmony singing and old time

luminaries into studio this winter, and I'm excited to hear Carol's vision

coming to fruition. Truly, this kind of hand-crafted record making is a labor

of love, and takes a lot of commitment to pull off! Thanks to all who contribute

their time and care to preserve this art form. 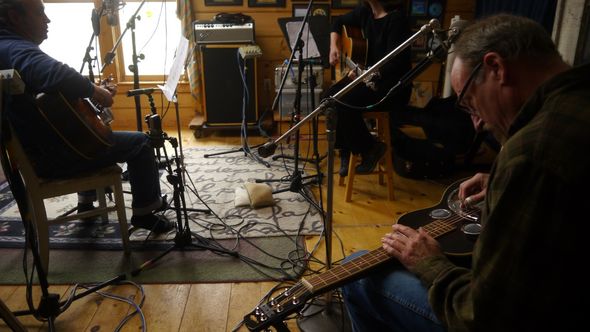 THE ELUSIVE GIG: Continuing Adventures with Ariel & Others 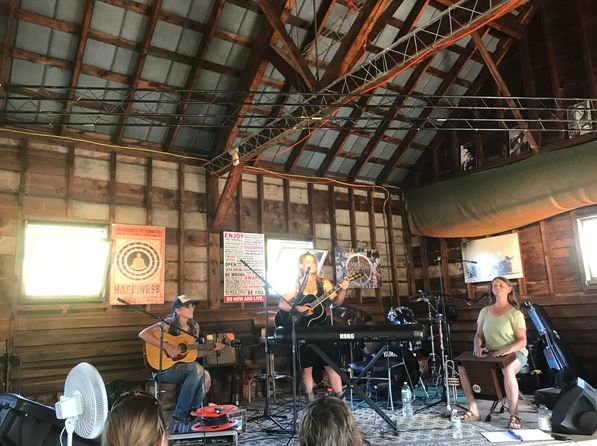 Check out Bob's Place, a.k.a. the old Windsor Farmer's Exchange!

It's at the end of Depot Ave., just across the tracks from Windsor Station.

Now I'd say it's the coolest, unknown venue in Vermont, but then again

I'm biased, since the guy who owns it and renovated it is my buddy, Bob

Haight. Bob is an architect, designer and all around amazing guy. This mini

Now I often get asked if I gig. Kind of, sometimes, I do. It's less fun since

I've been struggling with vocal issues, but I never say never. Depends on

of rehearsal time & drive time can justify the cause. And if I can bring

something special to the table. I know what I'm good at, and what

So Ariel, Linda and I played this gig at Bob's Place, and before that,

in June, opened for Dar Williams at Chandler Music Hall. It's a joy to

play at the Chandler under any conditions; it's a great venue.

Other than that, I was asked to play at the campaign kick-off for John Obrien,

who is running for state rep from Tunbridge. Go John! It's not quite my voting

district but if you know my radio show, 11th Hour Radio , you'll know that

John's wife Emily is my co-host. It was a great night of playing until my

fingers froze .. because it was October & chilly in the barn but I was having too

much fun with fiddlers Steve Muise and Butch Howe, to notice! 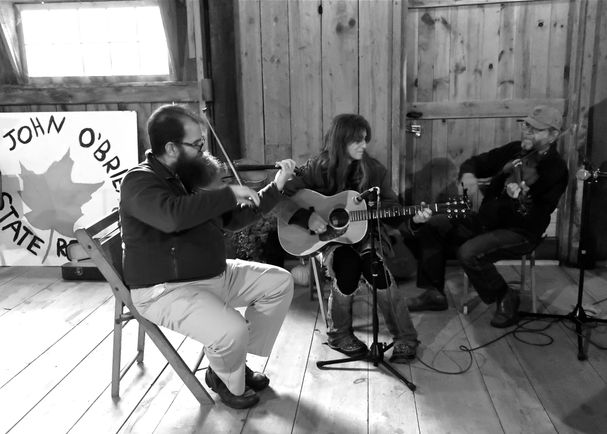 NEW FROM ABRIAL: Songs That Make You Think A Little Off-Planet 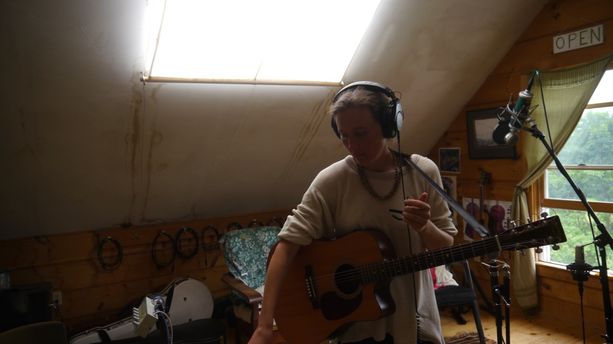 After she recorded her album "Take Shelter" here at Pepperbox Studio in 2014,

I didn't see Caitlin for a while. I later heard her life took her to busk on

the streets of Nashville, then at some point back to Hawaii, and then on to

Indonesia. So I sure am glad that when she had a scant week or so back here

in Vermont, she wanted to nail down some new material - for us to develop

towards a new EP. Honestly, I won't be surprised one day, to see Caitlin standing

secretary.  This is totally within the realm of possibility. However, in the meantime,

we have a few songs to get out! 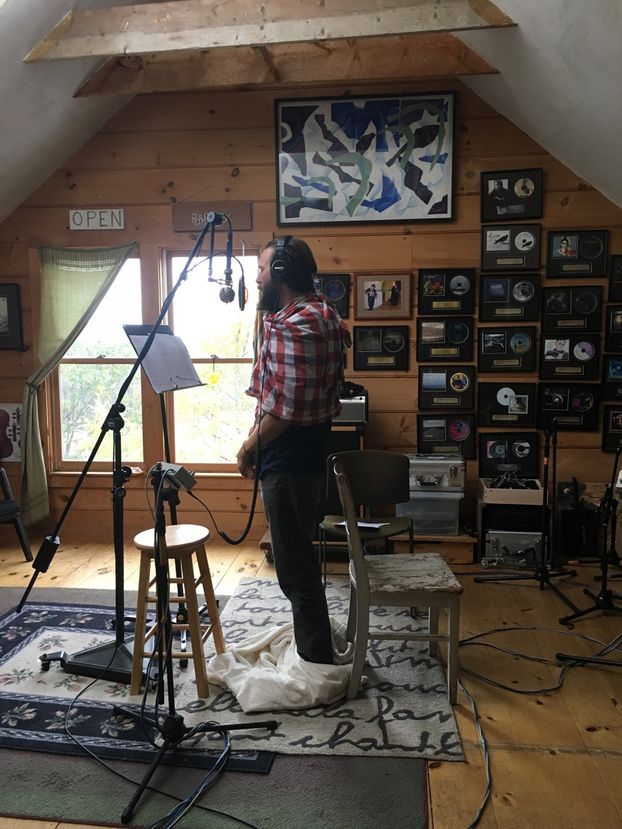 Sometimes people come to the studio in unexpected ways, and I'd say Ryan

fits this description, although now I can clearly how the seed was planted,

that led us to this remarkable juncture. Ryan Clayton: political activist,  skilled

the moment he was elected until Ryan's life was radically changed by PTSD, and

a near-death experience in the waters off Indonesia. You can read all about it

here. We met by chance a few years ago, when he randomly found my Airbnb

rooms-for-rent online. He didn't know at the time he was going to become a

Fast forward to this fall, when he arrived, sheaf of papers in hand and a plan for

action: not political this time, but musical. We worked a good, long 12 hour day

which included ideas coming via cell phone from his brother Chad, to complete

a song about healing and emotional safety. For his first time singing in front of a

BONES OF THE HEART: A New Album on the Horizon from Davey Davis 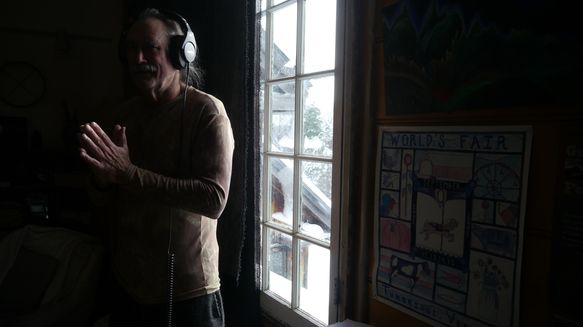 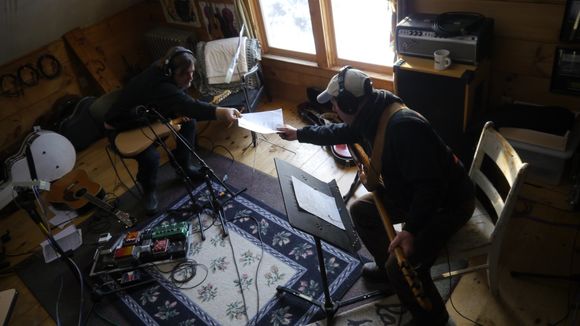 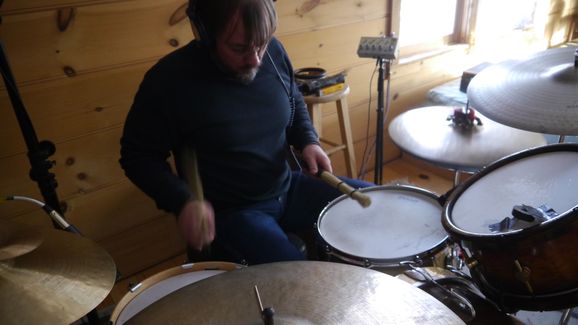 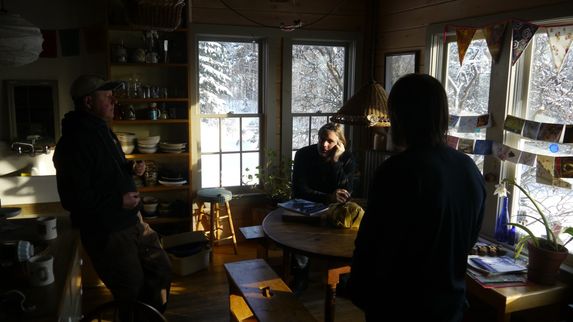 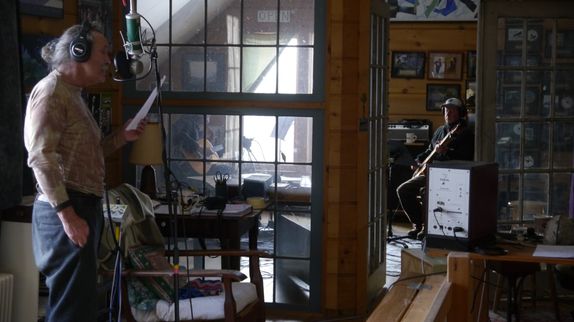 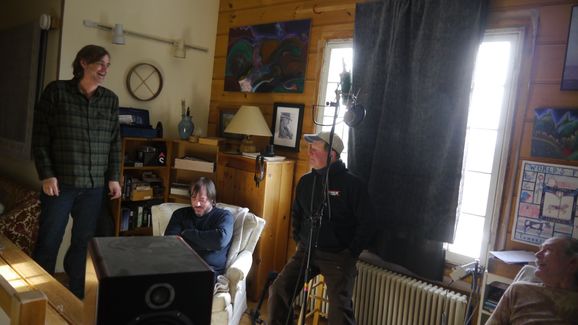 Pictures often tell the best story, and here you see another epic gathering

that were downright funky and fun! An additional day was added with drummer

Jeffrey Yurek of Claremont, NH to track a few more. 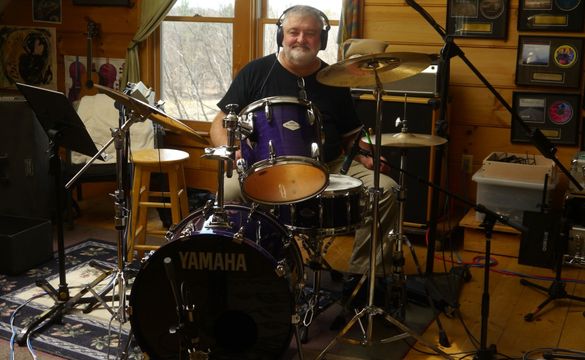 I can't wait to get current with work on this record, so y'all can hear it! Davey's

new album, "Bones of the Heart" is almost completely tracked, waiting for "yours

truly" to get back to it, add a few parts and put it all together. Stay posted! 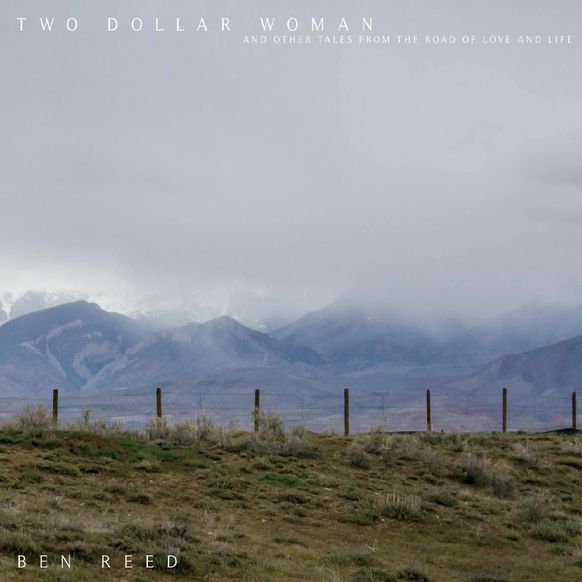 recording artist Ben Reed of Billings, MT!!! - for all his hard work and creativity

which has resulted in this unique album of cowboy songs, poignant love songs,

songs about life and ... a song about Jim Morrison of the Doors!! A thrill

photographs of wildlife and landscapes in and around his home out west.

You can buy his album here.