THE BIG STAGE: A NIGHT WITH JACKSON BROWNE

the invitation of Jackson Browne, who made room in his show at the

"The Detangler". I'd say they treated us right, but that doesn't nearly

describe it. This group of hard-working music people has a collective

heart of gold. Here are a few photos: 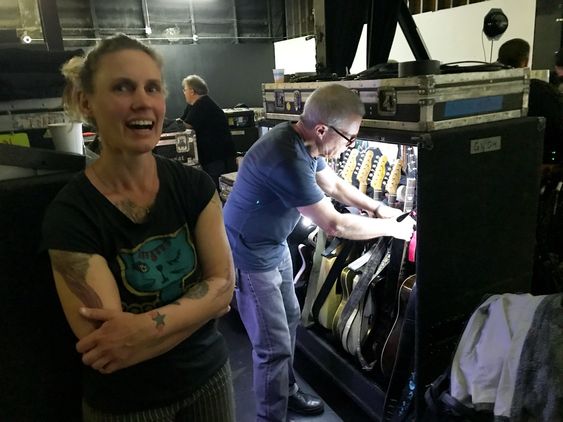 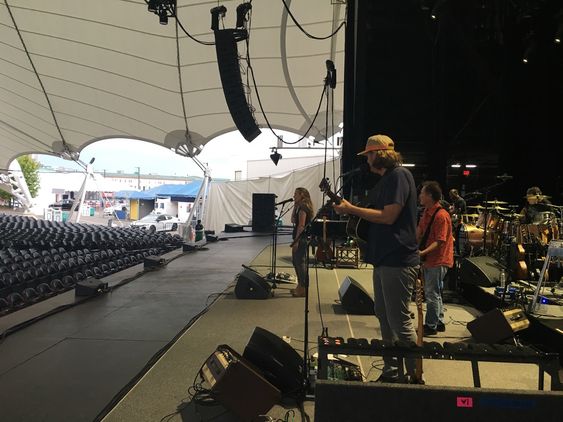 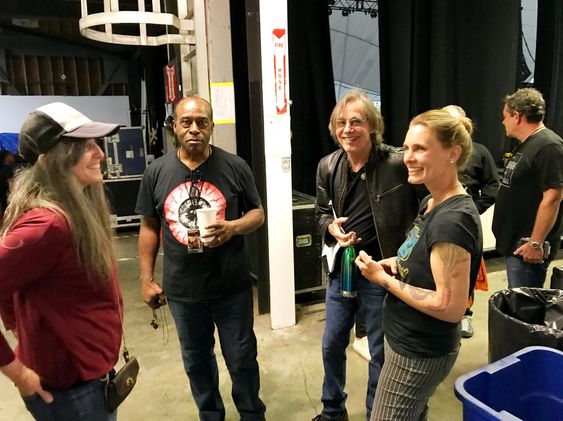 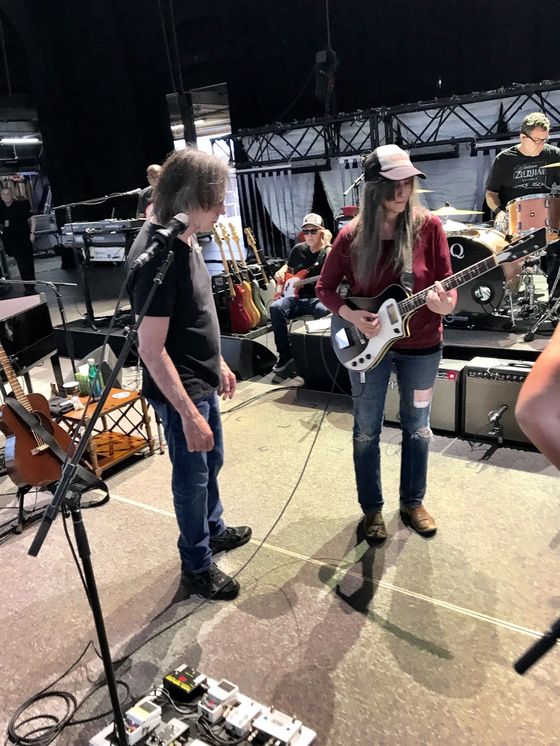 There's so much going on in the studio! Kara and Andy Watters Lake,

a.k.a. Jennings and McComber, have been hard at work laying tracks

for their new album, an acoustic masterpiece. 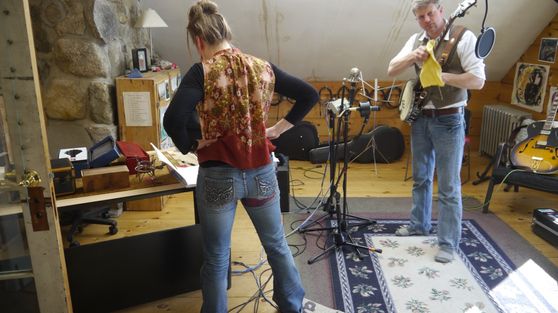 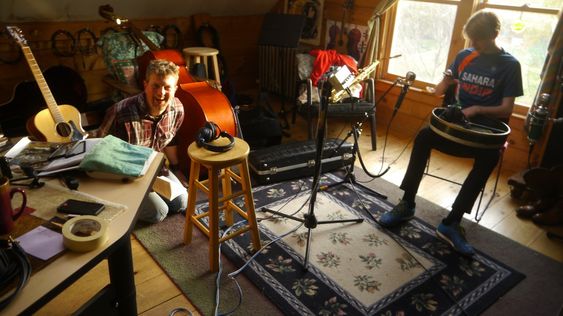 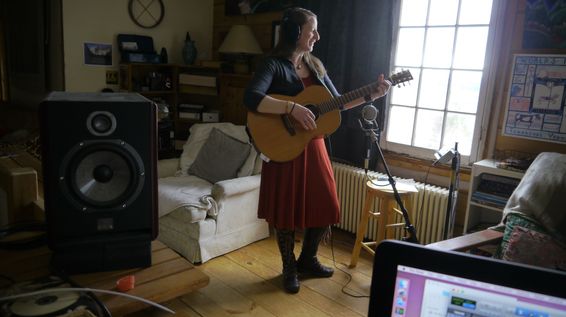 Kara and Andy bring so much joy into the room, I don't know what I'll

do when they finally are done recording and leave. But leave they must,

for the world needs this album, full of soaring hopes and dazzling dreams.

a powerful dose of human kindness, compassion & craft. I am so excited

and honored to be producing this with them! 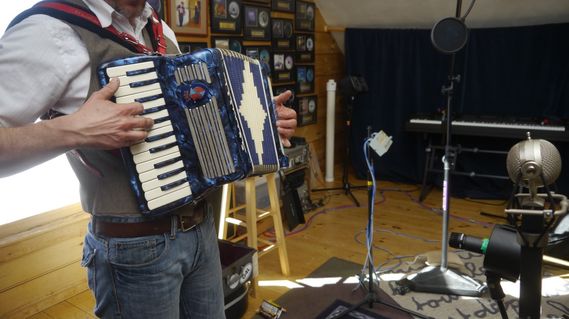 FROM THE BLUE HILLS OF MAINE: BEN PFOHL

Although we talked about Ben doing an album years ago, we did not

make the commitment to it until this year. Now he's unstoppable or

rather his songs are unstoppable as they come often careening,

sometimes elegantly flowing, out of his dynamic vintage Gibson

guitar and his gravelly, expressive voice. 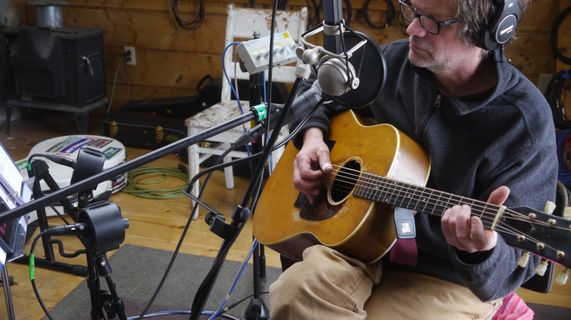 There is a lot of angular,cowboy poetry here, blunt and graspable, with

a poignancy and drive all its own. I'm proud to be producing this album

with Ben, as I help him shape his top notch performances into recordings, 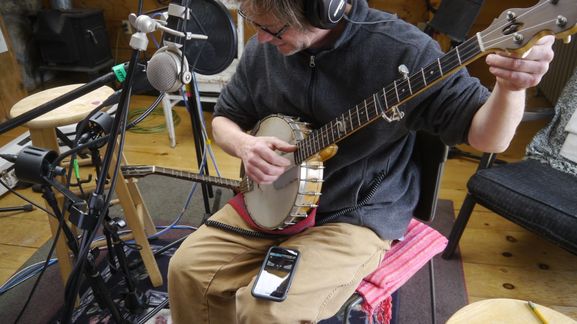 What an incredible pleasure to finally be working & hanging out with

an artist I'd heard about for a long time but never really gotten to know.

style and fine songwriting. Now don't I know it! 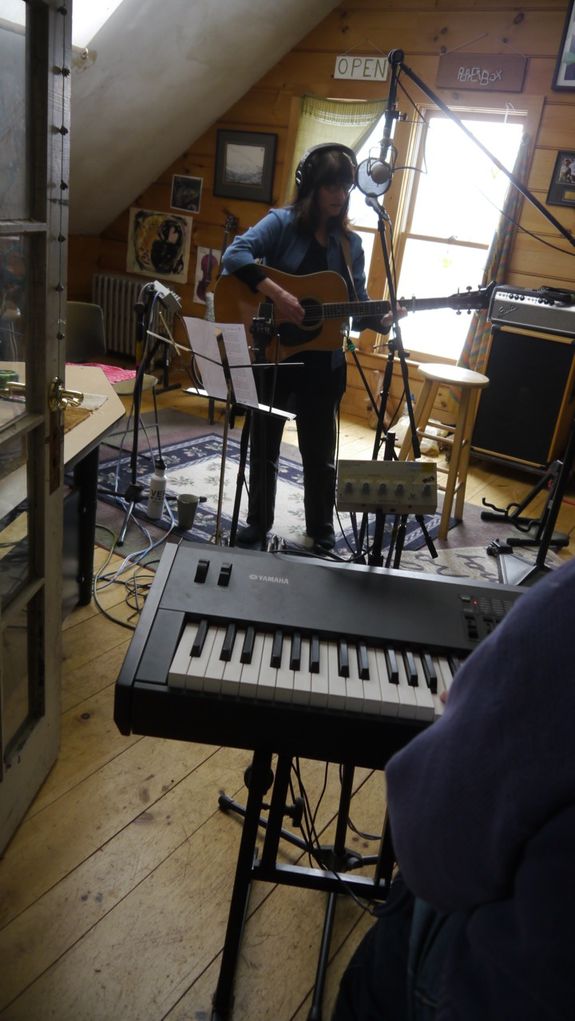 Getting inside the song is what it's all about, and Carol's encouraged me

to add some parts - on mandolin, bass or whatever works, so it's getting

more fun by the minute! We've been entertaining guest appearances

by her musical friends, including Jonathan Kaplan ("the doctor"), Danny

Coane, and Rachel Sucher, which keeps it lively and interesting around here. 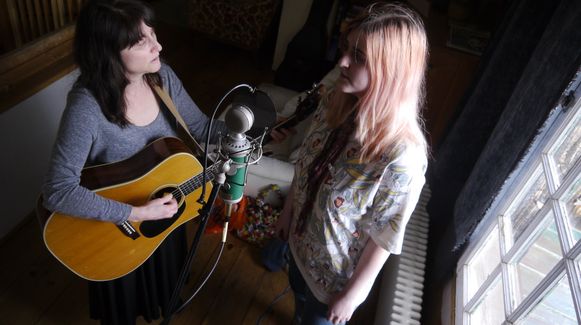 A few of the songs lean folk-wards, and I've had a great time employing

the multiple voices of my many guitars, each with it's own special personality

and sound. This record should be done in a few months, and I'm pretty excited

to be producing it with Carol!